Have you ever noticed that our favorite childhood cartoon and comic characters love pizza as much as we do at Sardella’s Pizza? From the Teenage Mutant Ninja Turtles to Homer Simpson, pizza has played a huge role in the comics and cartoons through the decades just as it does in everyone’s real world. 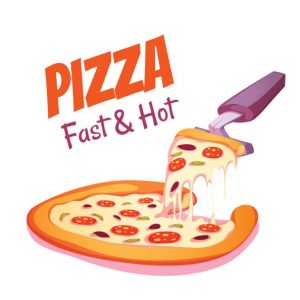 Jughead and Archie (1960s to present)
Archie comics’ reigning foodie is Jughead Jones who is known to be a true pizza champion. He won a pizza-eating contest by eating 12 pizzas in a single sitting! In another issue, he envisions them in multiple shapes: cats, watches, pigs, and guitars. Poetically, he “digs” the watch shaped one as he can eat it “around the clock.” He also showed how pizzas can help make the world better by donating pizzas to a food bank.

Shaggy and Scooby Doo (1970s to present)
Who can forget Scooby Doo’s slacker sidekick Shaggy Rogers’ love for pizzas and Scooby snacks? When he was not helping Velma and the crew solve crimes, that lovable foodie was snacking down on his favorite: extra cheese pizzas with pickles. Zoinks!

Garfield (1980s to present)
That cranky Monday-hating cat, we all love is famous for napping and eating. He was found as a kitten in an Italian restaurant so it is no surprise that when he is awake, he is obsessed with snarfing down pizzas and lasagna.

Homer Simpson and The Simpsons (1980s to present)
The Simpson’s dad, Homer, loves food and cannot resist pizzas. The superfood has played a prominent role in the show from Season 1’s episode “Life on the Fast Lane” when Homer serves the kids and proudly proclaims: “Now this is living, eh, kids? Hot pizza – the food of kings!” Encyclopizzeria studied the series carefully and found more than 100 episodes that featured pizza!

Teenage Mutant Ninja Turtles (1990s to present)
The Ninja Turtles are probably the most famous cartoon characters that live on pizzas. Those New York crime-fighting superheroes were never far from their favorite food and helped make pizzas very popular with a new generation of young ones. It was clearly the superfood that fueled their heroic encounters leading to their signature song “Pizza Power.”

All these cartoon characters cannot be wrong – pizza is the best! Come out to Sardella’s tonight and get your pizza on! Sardella’s is a Phoenix institution with more than 25 years of serving amazing homemade pizza. There are four locations in the Phoenix area to serve you and your family. We’ve got the dough rising and the sauce on the burner, we’re ready for you right now!