Everyone loves pizza, and most people have a strong opinion about which style of pizza is the best. Many people prefer Sicilian style while others prefer New York style. So, what exactly are the differences between these two types of pizzas, and do we really need to argue about it? 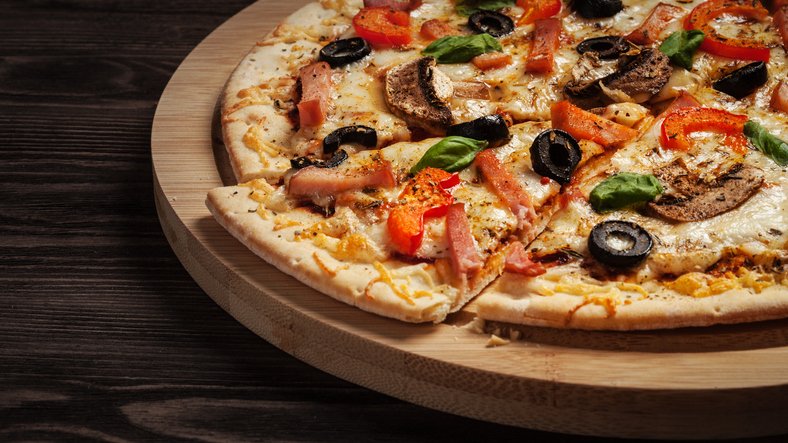 When most Americans think of pizza, they think of pizza with a New York style crust which originated in New York City in the early 1900s. This type of pizza is cut into large slices and the crust is thin and round. True New York style pizza has a crust that is both crispy and chewy because of the high gluten content of its flour. It can be made with any toppings, but it is best with just one or two toppings so that the crust stays crisp (too many toppings can cause it to be soggy). Traditionally it is served topped with simply tomato sauce and mozzarella cheese, along with desired toppings.

Usually, this type of pizza is folded when it is eaten, making it a true “street snack.” It is very hard to eat flat because of its size and flexibility. New Yorkers call this type of pizza a “pie.” Most places sell New York pizza by the slice because the slices are so large. 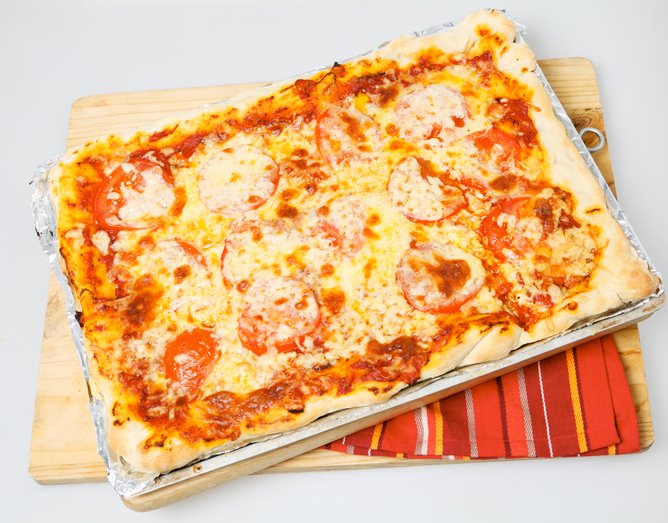 Sicilian style is a type of pizza that originated in Palermo, Italy – on the Italian island of Sicily. It is one of the most popular styles of pizza. With Sicilian style pizza, diners enjoy a rectangular pizza with a thick crust. Today, this type of pizza may or may not have cheese under the sauce, although traditionally Sicilian pizzas do feature cheese under the sauce. These pizzas are also usually marked by the strong presence of garlic.

Instead of “pies,” Sicilian pizza portions are usually called a “square slice” because they are cut into squares or rectangles. Baked in a rectangular aluminum baking sheet, the sides are high to keep in all the tasty tomato sauce. A truly authentic Sicilian pizza is usually topped with pecorino cheese and bits of anchovies.

No matter which style is your favorite, New York or Sicilian, Sardella’s makes it – and we make it delicious. Call us today and place your order. Why not give both styles a try to see which you prefer (although we’re confident you’ll love them both!)? We have four locations in the Phoenix area, and we deliver!