Vote for Your Favorite! Introducing the Sardella’s Pizza Bracket

It’s getting towards that time of year when college basketball games start becoming serious and our favorite teams scramble for a spot in the annual tournament. We at Sardella’s Pizza figured that since everybody was in a mood to make brackets, we’d offer up one of our own!

During the course of the college men’s basketball tournament, we’re putting four of our favorite pizzas in head-to-head grudge matches on our Facebook page.  Our fans will vote to decide which pie deserves the title of “the champion pizza.”  And one lucky fan will win a party hosted by Sardella’s and Coca Cola with plenty of the best pizza and wing in Phoenix and ice-cold soda to go with it. 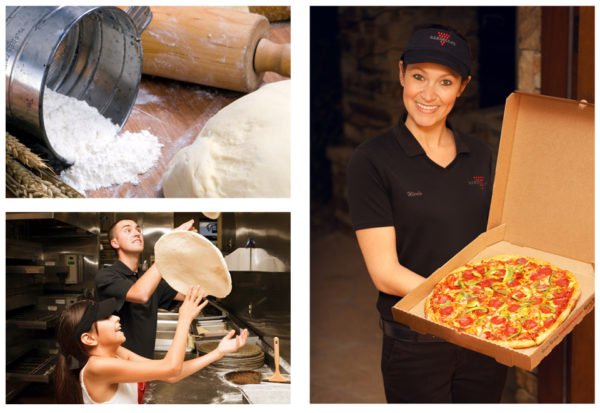 Let’s take a look at the four pizzas vying for the title.

What makes a pepperoni pizza such a consistent favorite in the hearts of pizza fans everywhere is that it’s doing the simple things really well.  Meat, cheese, crust, tangy sauce, a little zip – it’s all about the fundamentals with this pizza. It doesn’t have to be fancy; it doesn’t have to be using weird tricks. It just does its own thing, and that is what makes it such a longtime favorite.

It’s an up-and-comer in the pizza world, but gluten-free pizza in Phoenix is certainly one to keep an eye on. It’s got a lot of the same flexibility as other pizzas, but the gluten-free part of it is a subtle difference that has a big impact. While some combinations might not work with them, there’s more than enough to satisfy the biggest fans.

There’s no graceful way to stop the All Meat pizza from scoring points with your taste buds. With pepperoni playing center, bacon on point guard, with ham as shooting guard, Italian sausage at small forward and meatballs covering power forward, it’s a swarming offense that dunks on your tongue bite after bite.

The Buffalo Chicken pizza answers one of the great questions of competitive pizza: “Is it the sauce?” It absolutely is. Tendrils of scorching Buffalo hot sauce dancing all over the court, backed up by tasty grilled chicken and Ranch dressing to keep the heat focused.  The fans’ mouths may be on fire, but they can’t get enough of the burn.

As a local business, Sardella’s Pizza is proud to note that the semifinals and championship game of the annual tournament are being played in our city at University of Phoenix Stadium! And we want to make the basketball viewing enjoyable throughout March with our full menu of award-winning pizza and wings.

Cast your vote for your favorite one of our pies on Facebook and come on down to one of our four locations to watch the games or order delivery to enjoy our delicious food in front of your TV at home!