Pizza is one of the most popular food items around the globe. In just about any city in the world, you can find a pizza joint that serves up hot slices or full pies. While pizza seems to have jumped across just about every cultural divide that exists, that doesn’t mean it’s the same everywhere you go. The use of different pizza toppings is what sets pizzas from various regions apart, and there are some truly wonderful and strange toppings out there.

On the West Coast, geographically far removed from the famed New York-style pizza, the California-style pizza reigns supreme. This pie takes things to a personal level, serving up individually sized pizza pies, and they are topped with some truly odd toppings. Goat cheese often replaces the traditional mozzarella cheese choice, and truffles, salmon and Thai-style chicken regularly find their way onto pizzas in the state. While it might be a little different, there is something intriguing about the idea of salmon on a pizza! 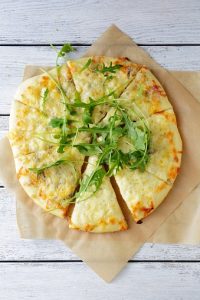 The city of St. Louis has put its own spin on the traditional pizza. First off, the crust on a St. Louis-style pie is paper thin, with a distinct cracker-like crunch. The cheese choices there are the oddity, though. Instead of topping their pies with mozzarella, St. Louis-area pizza joints often opt for a blend of provolone, Swiss and white cheddar cheeses. The marinara sauce has a sweeter kick than in most other locations, and chunks of vegetables often adorn the top. While it might not sound like a traditional pie, the mix of cheeses, sweet sauce and crisp vegetables really hits the spot!

Just over an hour north of the pizza epicenter of New York City, New Haven, Connecticut residents have been setting their culinary tastes apart from the rest of the tri-state area for years. Instead of hanging onto New York’s pizza coattails, they’ve forged their own style. Adding Parmesan to their cheese blend was their first step, but not the last. New Haven pizza eateries also offer toppings that include clams and garlic on most menus. Lobster may even make an appearance from time-to-time. Largely considered a nod to the city’s maritime culture, New Haven has worked hard to separate itself from the city that never sleeps, and they’ve done a great job on the pizza front.

If wild pizza toppings are what you are after, you might want to consider a vacation in Brazil. While their pizza resembles the look of a Neapolitan pie, what they put on top of it couldn’t be more different. In Rio de Janeiro and surrounding areas, peas are the most popular pizza topping. Quail eggs, shrimp and raisins aren’t uncommon either. This might not be a flavor profile your familiar with, but, maybe the Brazilians are onto something! 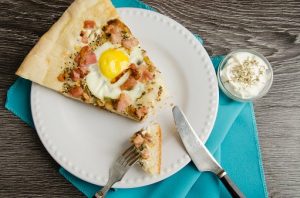 Pizza is often thought of as a lunch or dinner item in France, so you don’t expect to see breakfast foods gracing a pizza pie. Still, the French are throwing out all the rules, and adding fried eggs to the top of their preferred pizza toppings list. The egg can be cooked directly on top of the pie, or fried up separately and added at the end. While preparation styles may vary, fried egg pizza is quickly gaining popularity around the globe.

We can’t discuss pizza toppings without a mention of the country where it all started. Of course, you can find traditional items such as pepperoni and Italian sausage, but how about truffles, eggplant and pumpkin in various combinations? The Italians use those toppings regularly and have also created a pie with blue cheese, pear, walnut and honey… mmm, delicious!

While some of these pizza toppings might seem a bit strange, why not go on a little culinary adventure? Sardella’s Pizza in Phoenix offers traditional American favorites along with various specialty offerings, including gluten-free options. You can even build your own pizza and experiment with the topping combinations of your choice. Please visit us today!