Pizza is addictive. That’s not hyperbole – scientists say its ingredients are so tasty that they trigger addictive-like eating. One of the most comforting of comfort foods, pizza is loved around the world by all sorts of people, including scientists!

Science can tell us a lot about pizza because scientists have studied this delicious food in detail.

To Fold or Not to Fold

Here we reach back to the age of great mathematicians whose discoveries turn high school math students into quivering blobs even today. Carl Friedrich Gauss (who lived 1777 to 1855—yes, that’ll be on the test), the German mathematician who in most of his paintings looks like your inebriated uncle, was actually pretty brainy. His Theorema Egregium (Latin for ‘remarkable theorem’) teaches us to fold pizza.

Folding a single sector (mathematicians label your slice, defined as the plane figure enclosed by two radii of a circle and the arc between them, as a sector) of pizza at the crust increases its strength.

Gauss didn’t apply his Gaussian curvature exactly to pizza. Germans of the 18th century sat around waiting for the Queen consort of Italy, Margherita of Savoy, to honor its creation in the 19th century (in 1889, and that, too, will be on the test).

Other scientists realized the Gaussian curvature strengthened the pizza slice. This professional-looking fold avoids the amateurish nonsense of the “cheapskate” (dangling the slice above your upturned face like you’re a baby bird) or the “double-handed double-clutch disaster” (using both hands to cradle the slice into your mouth).

So obey the brilliance of Gauss; fold for maximum strength and ideal slice-per-hour consumption.

Thinking Outside the (Pizza) Box

Taking Gauss to new horizons, consider the beauty of the inverse fold. Normally you gently curve the slice by bending the crust down, keeping toppings nestled in the rich sauce. For a Sardella’s cheese pizza, consider folding the other way, keeping the ingredients outside. Every tasty bite tickles your tongue.

At least have the dignity to cut the pieces into the mathematical perfection of tessellating tiles. Two mathematicians, Joel Haddley and Stephen Worsley, recently announced the ideal way to cut a pie into 12 identical pieces, which results in spiky shapes that give everyone a choice from two groups, the outside pieces with crust, and the inside pieces with no crust. Every piece will have three sides, thanks to monohedral disc tiling (yup—test).

They say you can cut any pizza into any number of completely identical shapes, so long as each piece has either three, five, seven or nine sides. We at Sardella’s Pizza are pretty sure everyone at your table will sit patiently while you methodically cut the fresh pie into 20 tiny seven-sided pieces. Try it! 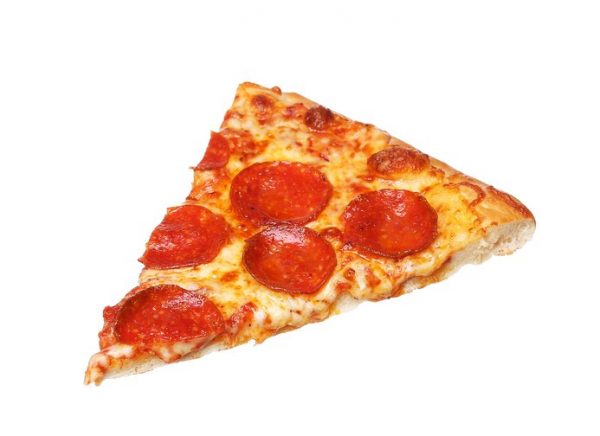 It’s all in the radius, says Dr. Eugenia Cheng, the mathematician who calculated the ideal ratio of toppings and dough for maximum flavor in a pie. An 11-inch pizza delivers 10 percent more flavorful toppings per bite than a 14-inch pie. The formula is complicated and uses variables like d for constant dough volume and t for topping volume as a constant. Radius of your pizza is r. If you care to take it on, it’s t over d times r to the 6th power over (r cubed minus 15) squared. We told you it was complicated.

Also, there’s no test. Just get yourself over to Sardella’s Pizza and order as many tasty experiments as you like. Then enjoy it, in the name of science!